One of the following tests:

The Law Department is a cornerstone of UAL's educational project, having been able to provide itself, over more than two decades of existence, with high standards of scientific quality, with a staff of academically qualified professors with wide and diversified experiences. professionals. The Department of Law is deeply committed to its own cultural and scientific enrichment and that of those who wish to make use of it.

Quickly adapted to the Bologna process, with a view to its better insertion in the world of work and in the European space, the Department of Law structured its courses, according to that format and similarly to other national and foreign schools, in three cycles of studies.

The first cycle, corresponding to the degree, comprises 240 ECTS and takes place over four years. The main objective of the Law Degree at the Universidade Autónoma de Lisboa is to provide students with a solid legal education in all areas of law that interfere with the main values of life in society, guided by quality criteria and scientific rigor, which prepare them for the professional exercise of legal activities.

However, the law is increasingly vast, varied and complex and the knowledge acquired in the degree calls for deepening and specialization, especially when facing more demanding professions, due to the responsibilities they involve, the risks they incur, the power they exercise , so the 1st cycle must be completed by a 2nd cycle of studies – the Master.

Introduction to Law I
7 ECTS

Equip students with the basics of law and enable them to have a critical, practical and realistic understanding of the legal field. Equip them with the following knowledge elements: Locate and collect relevant information in legal texts, namely in legislation, and interpret and present this material; establish the necessary relationship between the legal problem and the acquired knowledge. Contribute to a sensitivity and a legal purpose.

The primary objectives are:

Resolving issues involving the application of Constitutional Law
Develop a global understanding of the Political Community and Political Power and its actors through the concurrence of other social and human sciences.

To know the fundamental aspects of the Portuguese political-constitutional system: fundamental principles, organization of political power and guarantee of the Constitution.

Provide a global and integrated view of Public Finance and Financial Law, covering the European Union, the State, the Autonomous Regions and local authorities, as well as the respective business sectors.

In addition to the necessary theoretical framework, an attempt will be made to analyze the current financial situation, its causes and consequences, without forgetting the main aspects of international life in this domain.

The general objective is to understand the importance of Public International Law and its current relevance in the Legal Order and in international relations, namely with regard to the oceanic space. To this end, students must know the main international texts, namely the Charter of the United Nations, the Statute of the International Court of Justice, the Statute of the Council of Europe, the Vienna Convention on the Law of Treaties between States and the Convention on United Nations on the Law of the Sea.

Provide knowledge of the organization, functioning and activity of the Public Administration and the respective legal system.

In addition to the theoretical, basic component, practical cases are analyzed and works on administrative jurisprudence are presented and discussed. It is intended that students investigate by themselves or in a group.

In addition to the theoretical, basic component, practical cases are analyzed and works on administrative jurisprudence are presented and discussed. It is intended that students investigate by themselves or in a group.

Family Law has the general objective of teaching the sources of family legal relationships (marriage, kinship, affinity and adoption). In the uc, marriage, divorce, invalidity of marriage, property regimes, property administration, liability for debts of the spouses, etc. are analyzed in detail.

The General Theory of Civil Law II aims to “familiarize” students with the fundamental concepts and principles of Civil Law, in general, and with the legal relationship, in particular. In this discipline, instruments and legal frameworks common to most legal-civil relations considered indispensable for the further study of other disciplines of Portuguese Civil Law are taught. Particular importance is given to the legal fact and the guarantee of the legal relationship.

Provide students with in-depth knowledge of rights in rem, providing them with the ability to resolve any emerging case in this sector of law. A distinction is made between credit rights and rights in rem, the study of a general theory of rights in rem, by identifying their characteristics, principles and specialties. Afterwards, each real right and its specific legal regime are studied. It is intended that students are able to understand and resolve any practical case in real life, including litigation cases.

Law of Obligations I
7 ECTS

It is intended that students are able to understand and solve emerging problems of obligations and responsibility, with solid knowledge for intervention in real-life practical cases.

With Succession Law, it is intended to learn in detail all the stages of the succession process necessary for someone to enter into the ownership of legal relationships that belonged to another, deceased.

It is intended that students are able to understand and solve emerging problems of obligations and responsibility, with solid knowledge for intervention in real-life practical cases.

Learning in this UC aims to provide students with:

Introduction to procedural law; its connection with civil law; process development. Understanding of fundamental principles and autonomous procedural concepts. Preparation for the understanding of judicial practice and the implementation of the law (1st approach). Enable students to prepare and analyze pleadings, prepare and assess evidence and its impact on judicial decisions, in fact and in law.

The Philosophy of Law, taught in the 3rd year of the Law Degree at the Universidade Autónoma de Lisboa, aims at a philosophical reflection on Law and Justice.

The aim of the course is to exercise knowledge acquired in other curricular units, highlighting the correlation between the subjects. The works evolve through the elaboration and presentation of procedural documents, from 2 distributed cases and simulating the course of an ordinary civil procedure and a criminal procedure in its most basic procedure.

The aim of the course is to exercise knowledge acquired in other curricular units, highlighting the correlation between the subjects. The works evolve through the elaboration and presentation of procedural documents, from 2 distributed cases and simulating the course of an ordinary civil procedure and a criminal procedure in its most basic procedure. 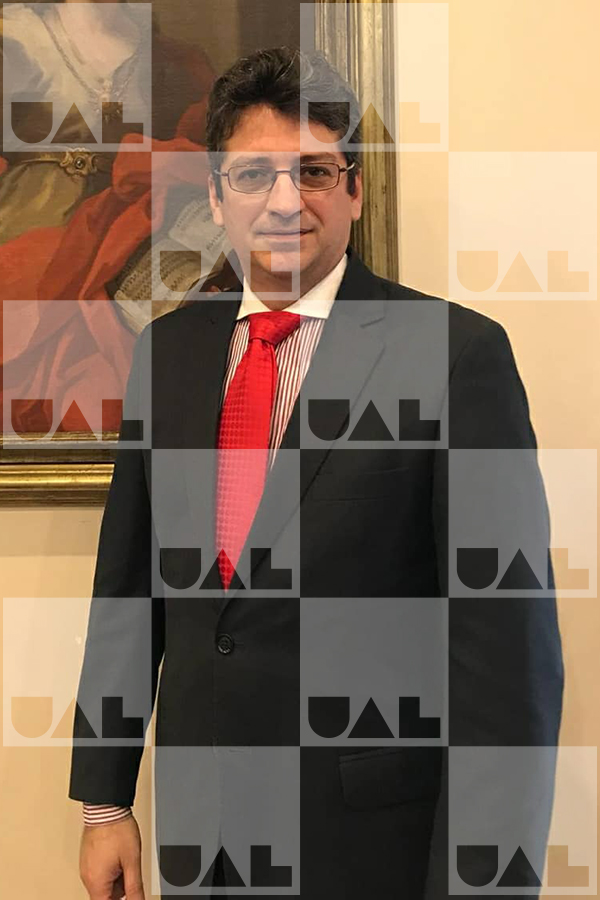 Post-doctorate in Law (Portugal), Doctorate in Legal and Social Sciences (Argentina) with recognition in Portugal by the Universidade Nova de Lisboa with a degree of 19.00 (ten... 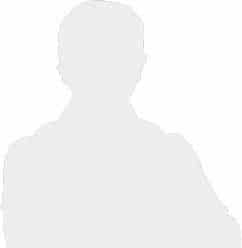 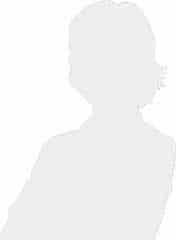 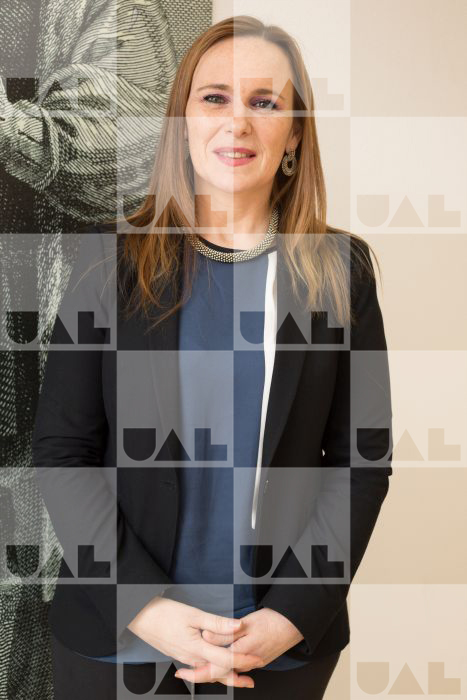 Degree in Law from the Universidade Autónoma de Lisboa, Master in Law – Legal-Criminal Sciences, from the Faculty of Law of the University of Coimbra Doctoral student in Law. 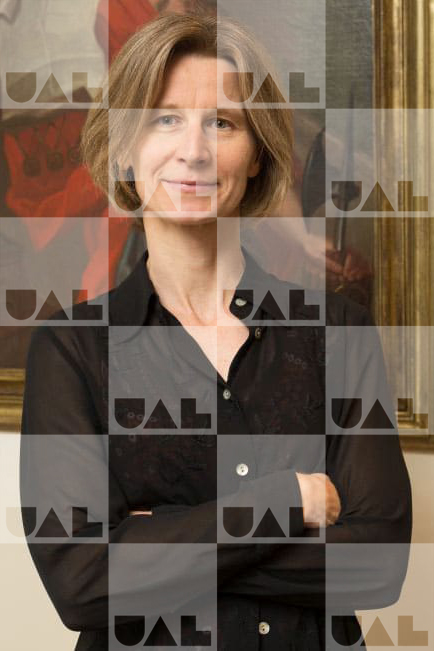 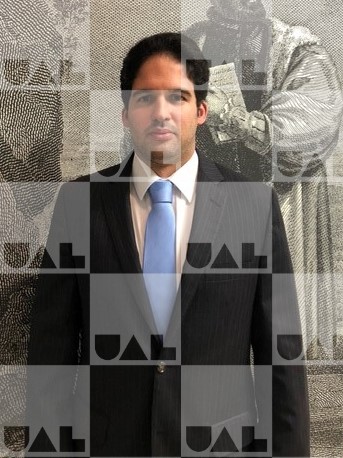 He holds a PhD in Law (specialty in Procedural Law) from the Faculty of Law of Universidade Nova de Lisboa, has a postgraduate degree in arbitration from the aforementioned University. 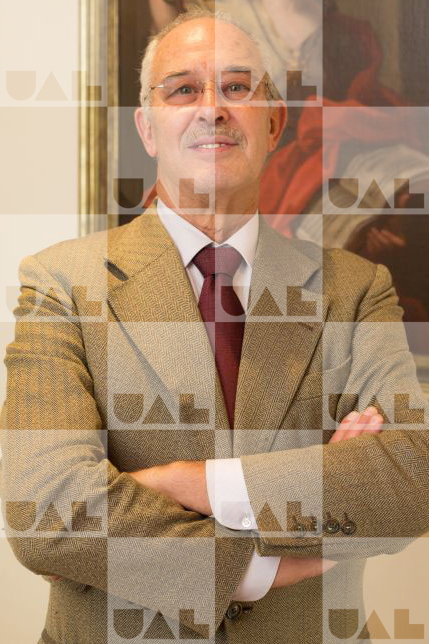 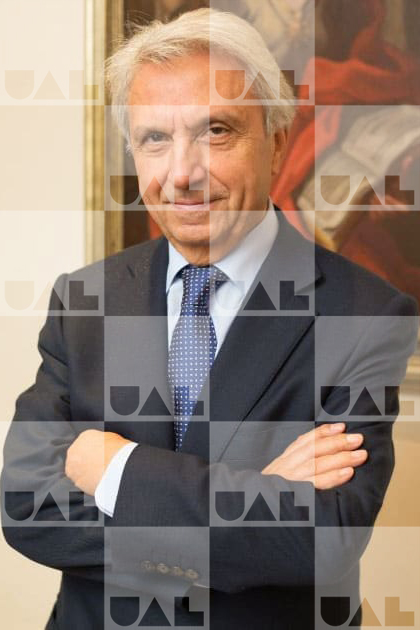 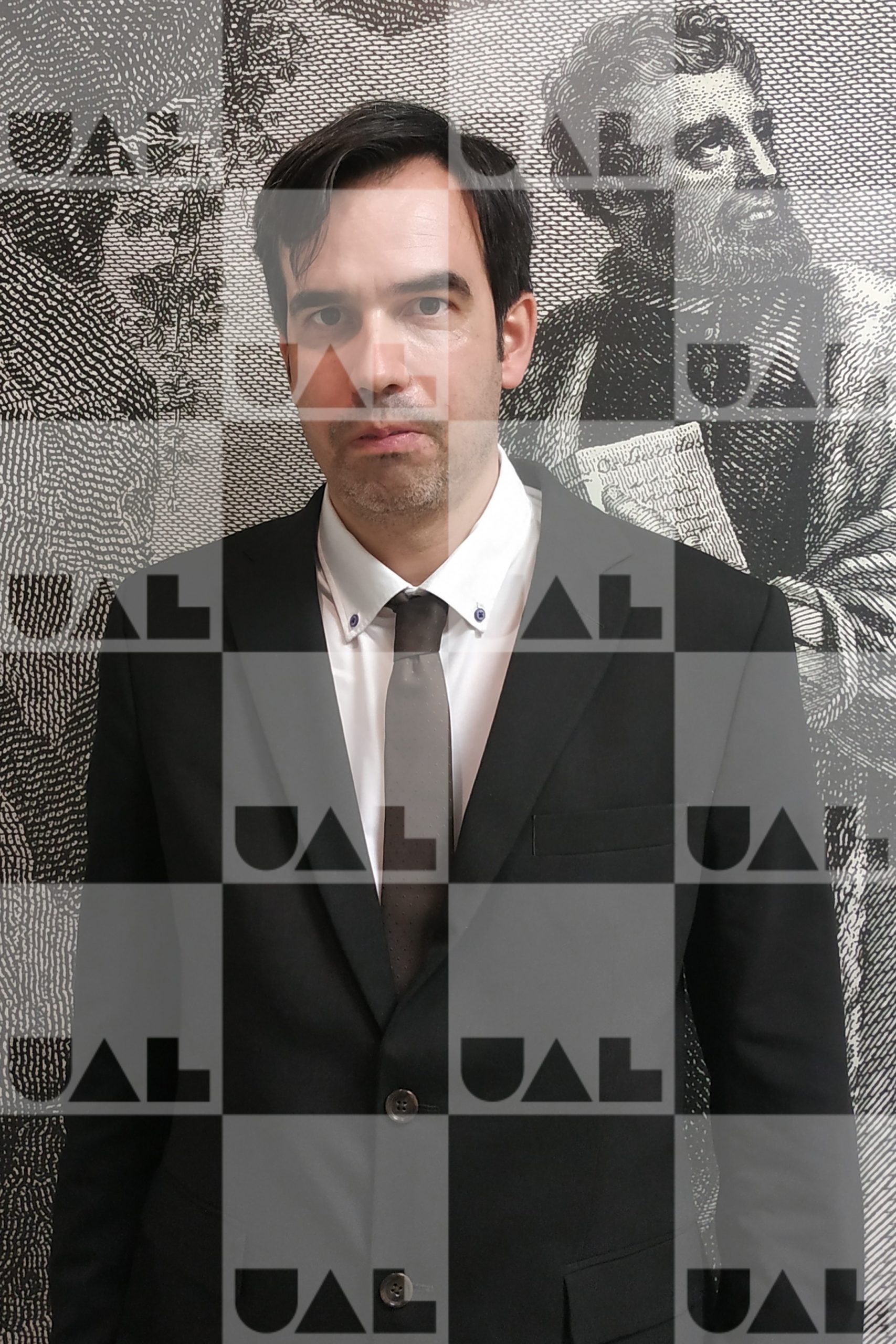 He received his PhD at the Faculty of Law of Universidade Nova de Lisboa (FDUNL), in the specialty of Administrative Law, with a doctoral thesis under the title The Resolution of Conflict... 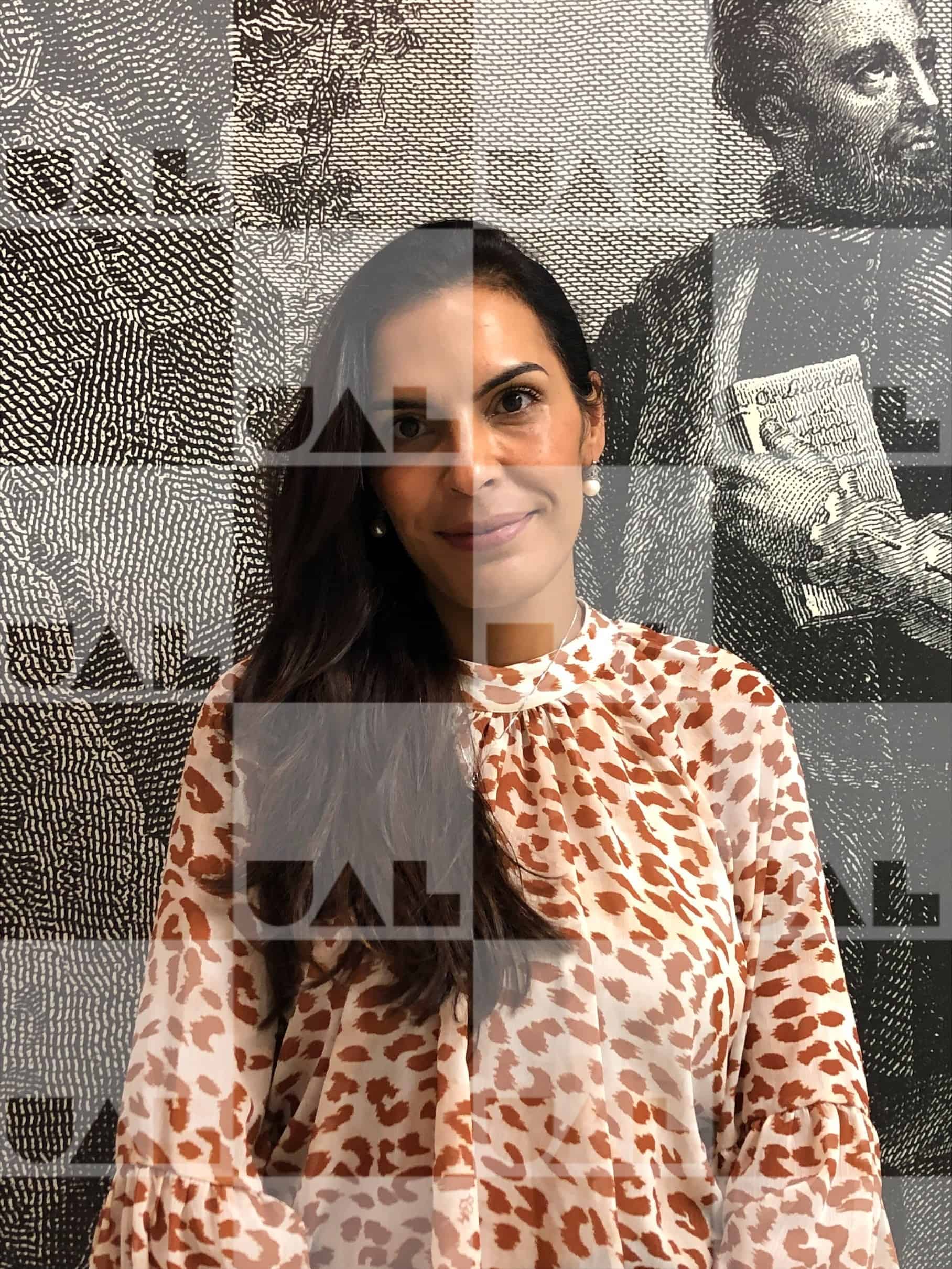 Doctor and Master in Law from the Pontifical Catholic University of Minas Gerais Post-Doctorate in Social Sciences from the Center for Social Studies of the University of Coimbra Esc...

Graduated in Law from the Autonomous University of Lisbon “Luís de Camões” (UAL), since June 24, 2000, with a final average of 16 (sixteen) Post-Graduate in Law...

PhD in European Law from the University of Saar, Germany Associate Professor of European Union Law and Researcher of the Ratio Legis and OBSERVARE of the Auth... 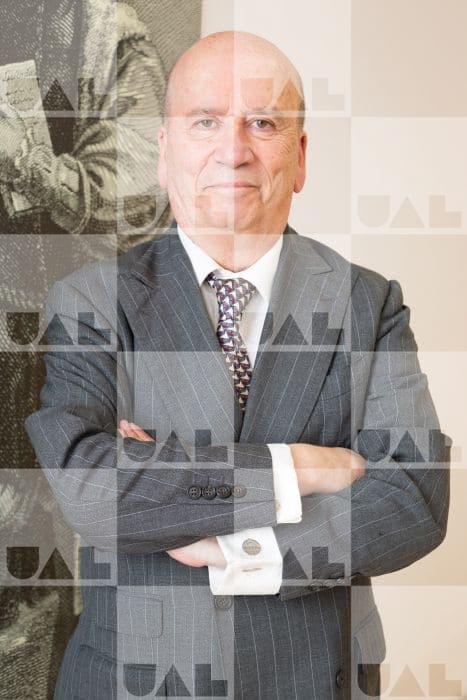 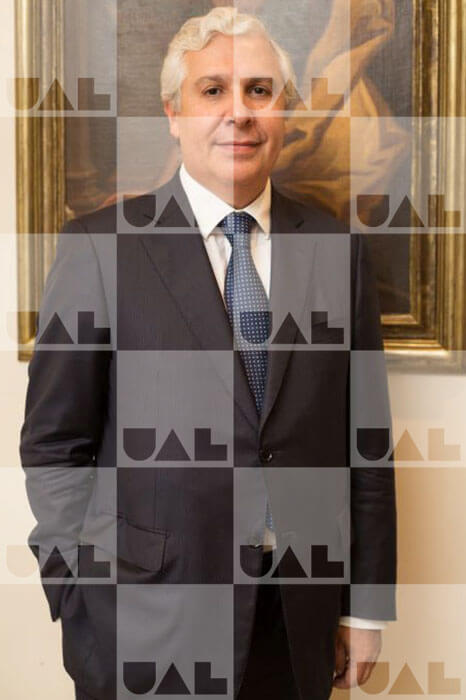 Associate and Doctor in Law Full Professor at the Universidade Autónoma de Lisboa since 2008 Jurisconsult, Lawyer and Arbitrator, as well as Director of the Journal of Public Law and ... 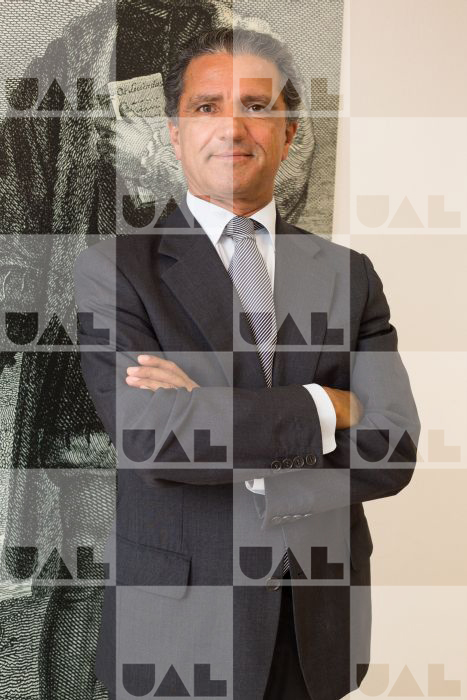 José FF Tavares Master in Law (Legal-Political Sciences) from the Faculty of Law of the University of Lisbon Counselor to the Court of Auditors, exercising since October 7th, 2019. 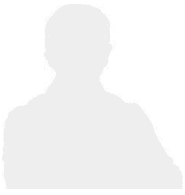 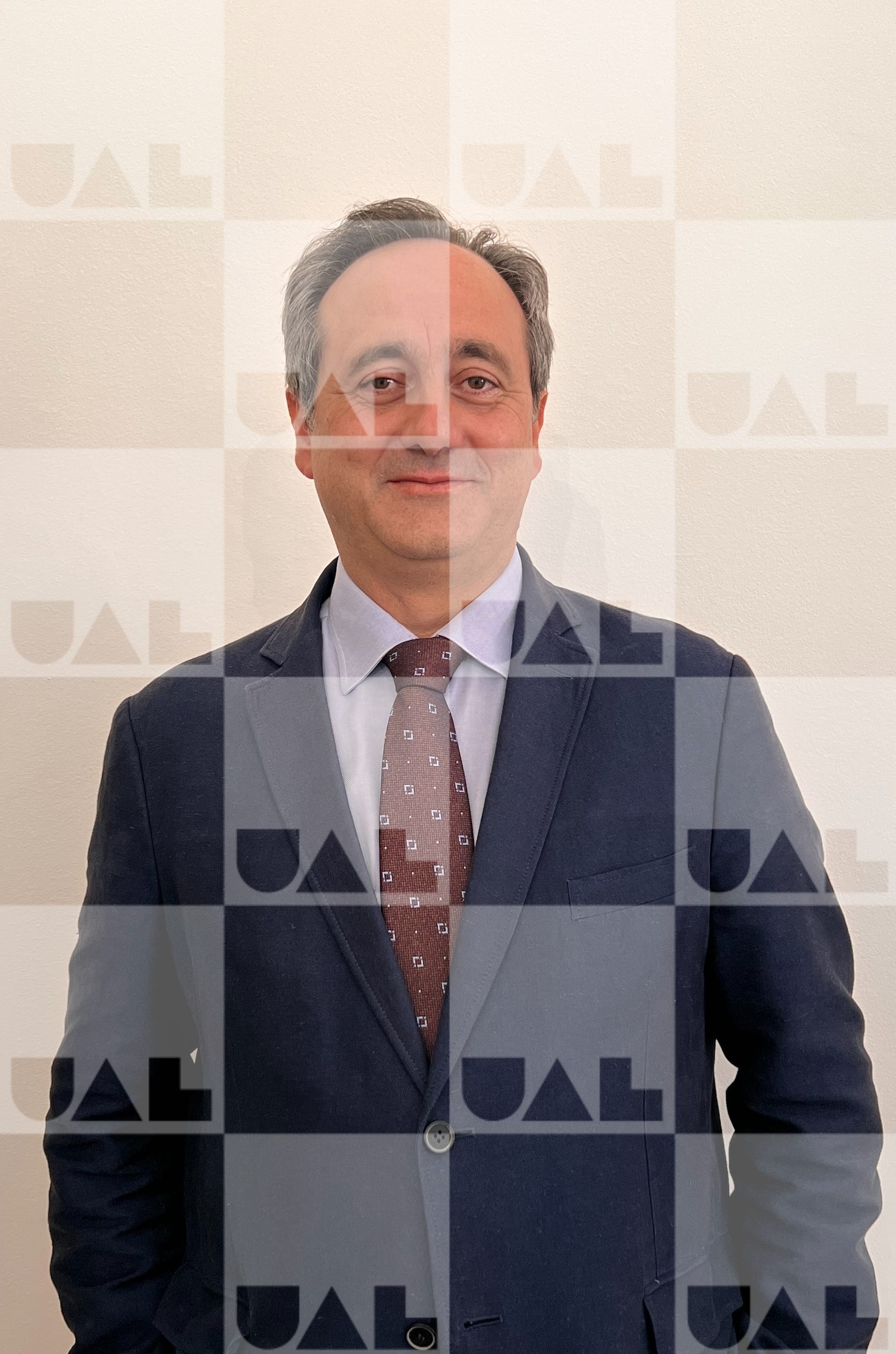 Doctor in Law from the Portuguese Catholic University Associate Professor at the Autonomous University of Lisbon Director and Researcher of the Ratio Legis – Research Center in Science... 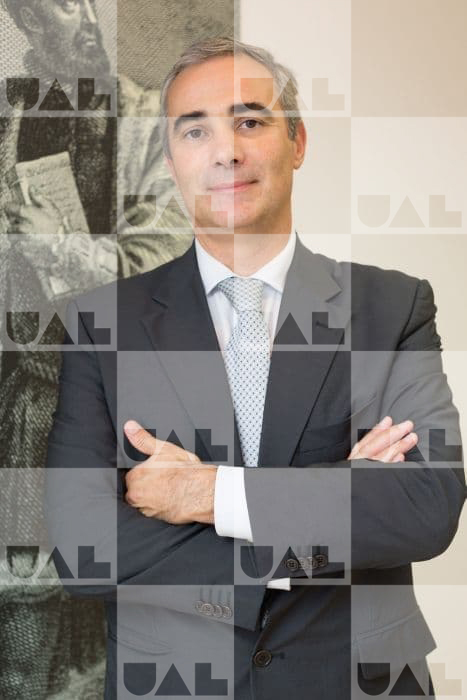 PhD from the London School of Economics and Political Science (LSE), MPhil in Development Economics from the Institute of Development Studies (IDS), University of Sussex, and a degree in... 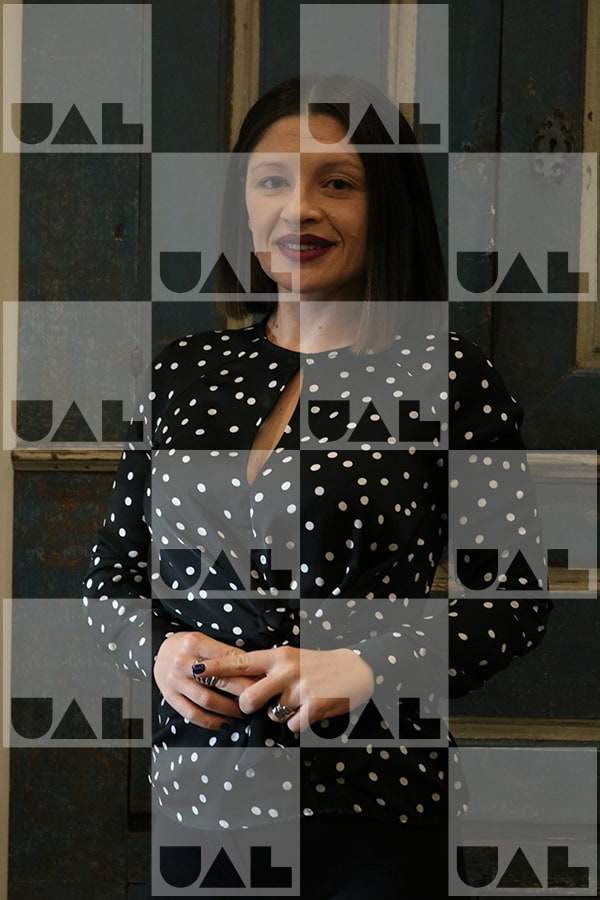 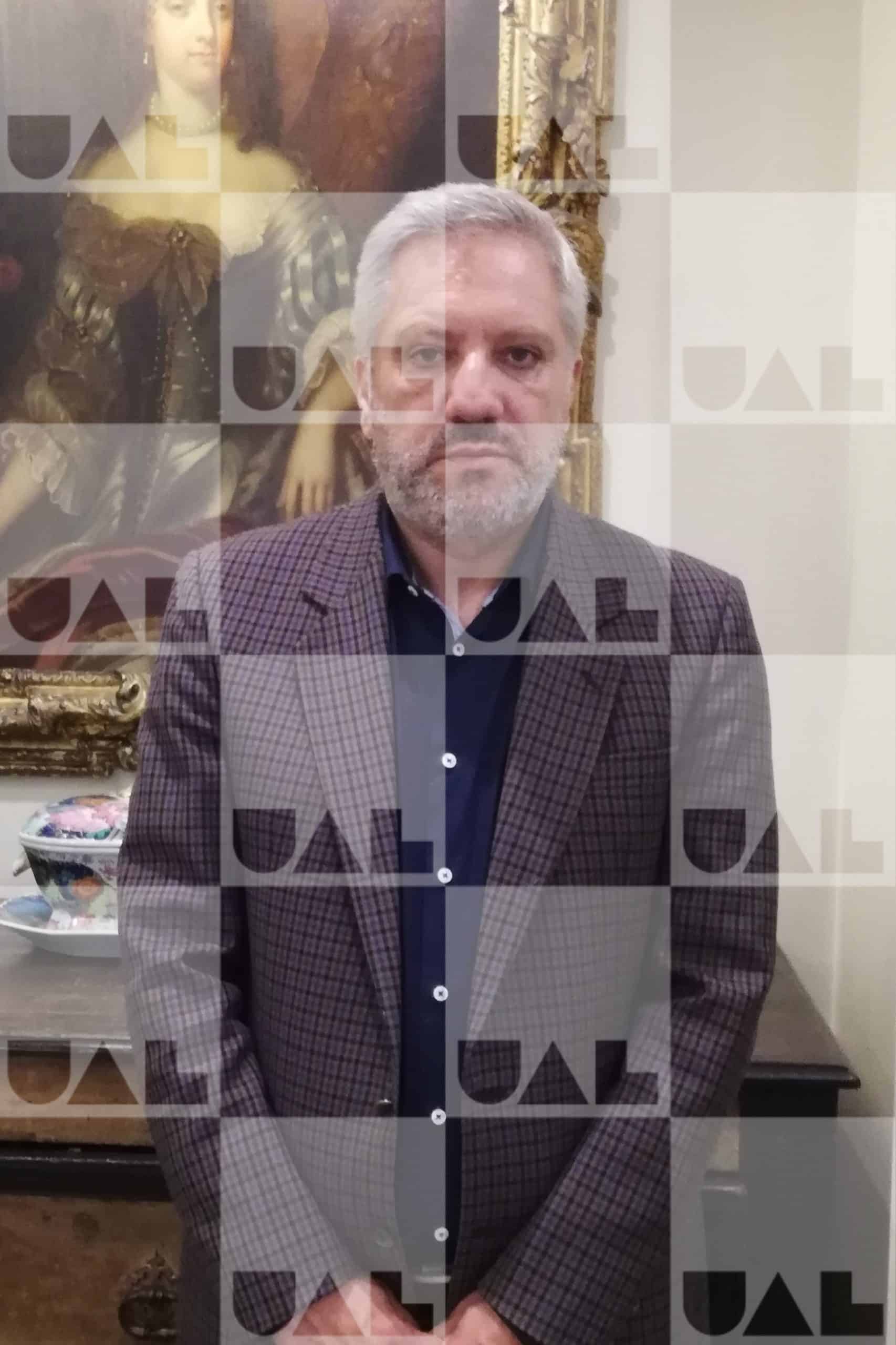 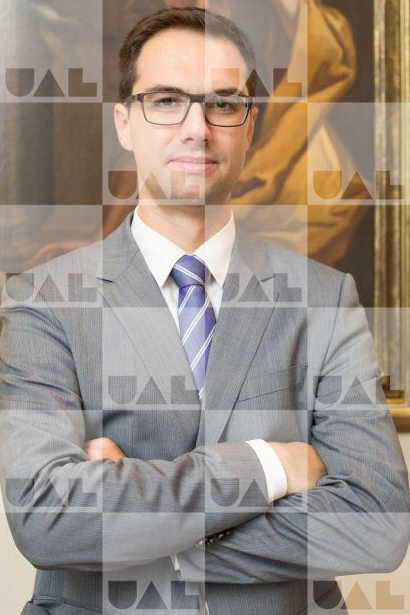 Doctor in Justice and Citizenship Law in the 21st Century, in the scientific area of Law, from the University of Coimbra, with a thesis on The Court of Auditors and Good Governance. 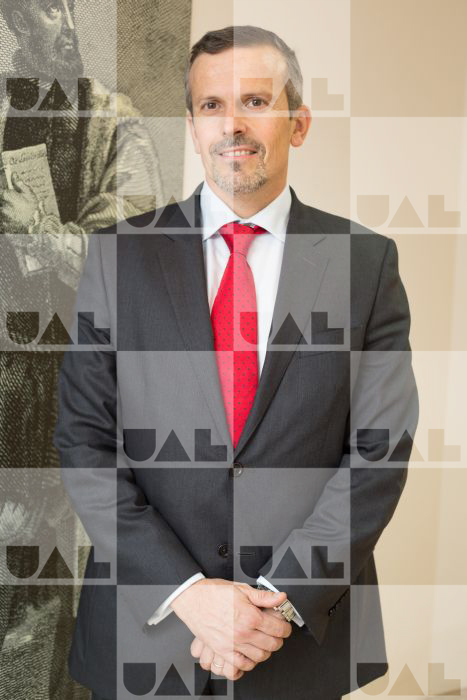 Associate Professor at UAL Doctorate in Law (Constitutional Law – Political Law), he began teaching in higher education in September 1991, initially as a Graduate... 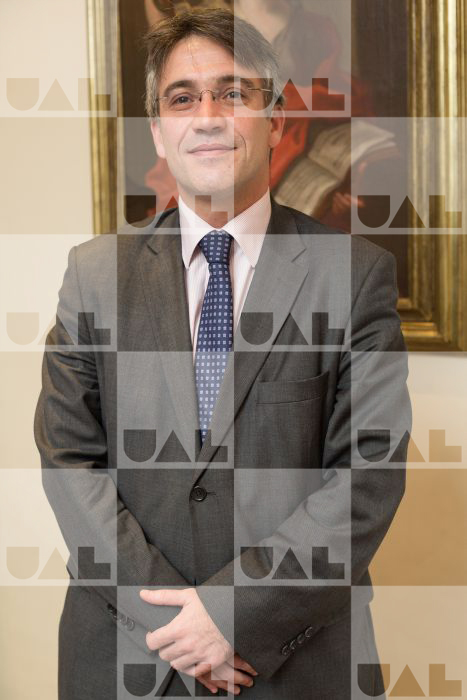 He is a university professor He is director and researcher at the Center for Economic Analysis of Social Regulation (CARS) at the Universidade Autónoma de Lisboa His current area of research is in... 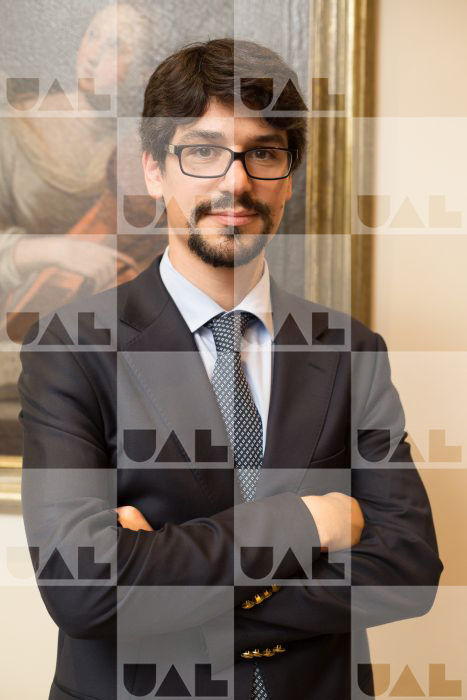 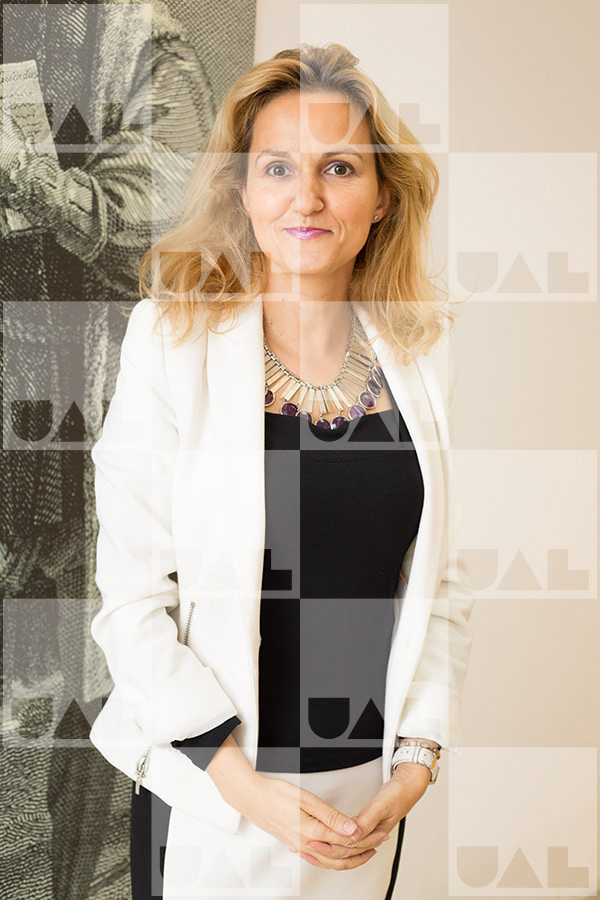 Stela Barbas (Stela Marcos de Almeida Neves Barbas) holds a PhD in Law from the Universidade Autónoma de Lisboa (UAL) and a Master’s in Civil Law from the Faculty of Law of the University of Lisbon.

Doctor in Law from the Portuguese Catholic University. Associate Professor at the Autonomous University of Lisbon. Director and Researcher of Ratio Legis – Research Center in Legal Sciences of the Universidade Autónoma de Lisboa. Integrated Researcher at JusGov-EDUMinho. President of the Institute for International Legal Cooperation. Professor of the Master's and Doctoral Course in Criminal Sciences at PUC-RS. teacher of View more...