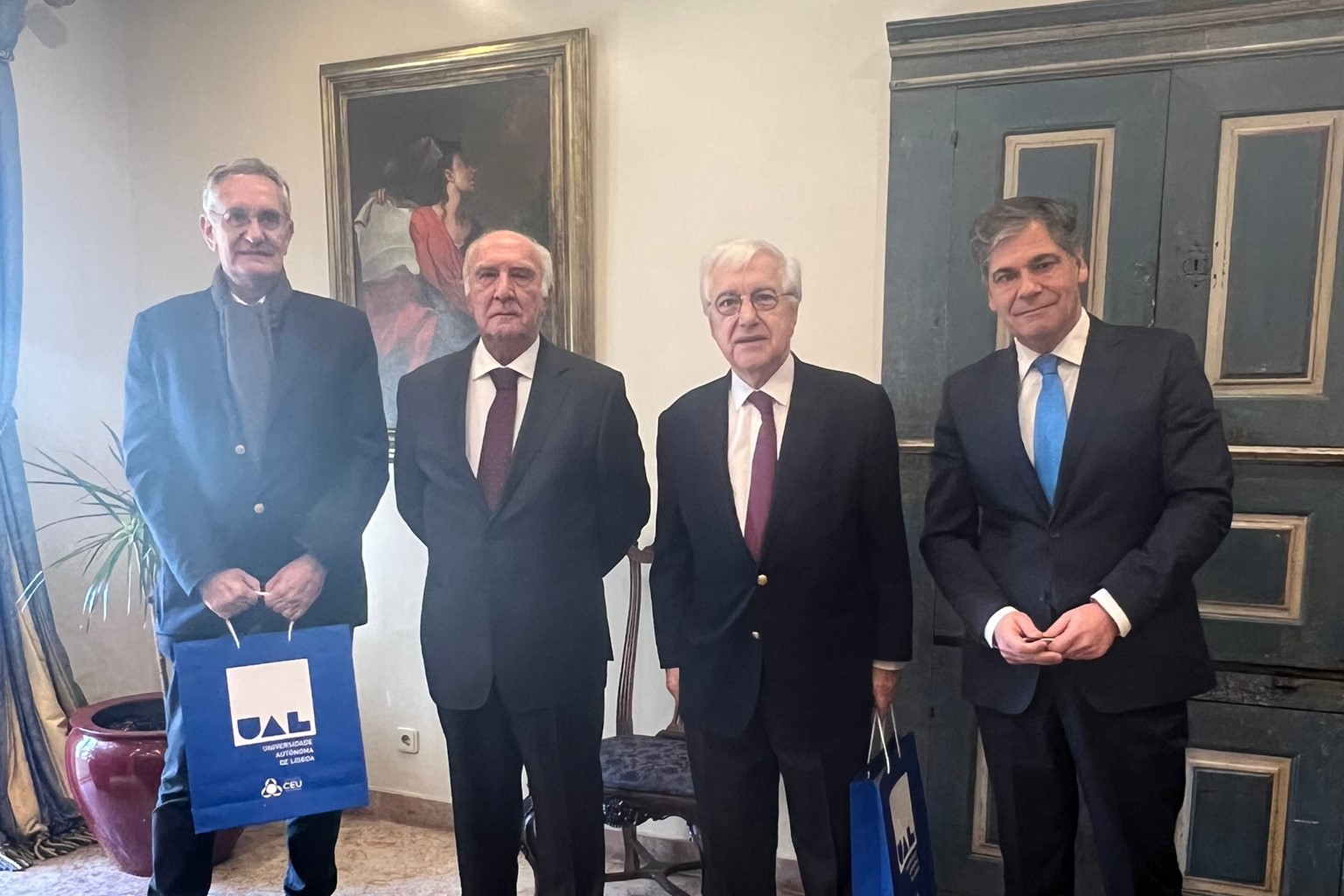 Today, January 12th, the signing of the cooperation protocol with the ACL – Clube de Lisboa, Association for the Promotion of Conferences, Debates and Studies. The purpose of the agreement is to establish cooperation relations in various fields that include scientific development, research, dissemination of knowledge and initiatives of common interest that promote reflection and debate on the global realities and challenges posed to humanity and the planet, considering that it is of mutual interest to bet on the dissemination of knowledge that include, among other aspects, the organization of events, the implementation of projects and the participation in activities of the other party.

The act was signed by Professors António de Lencastre Bernardo and Reginaldo Rodrigues de Almeida, President and Vice-President of the Board of Directors of the Cooperativa de Ensino Universitário, founding entity of the Autonomous University of Lisbon, Ambassador Francisco Seixas da Costa, President of the Board of Directors and Professor Fernando Jorge Cardoso, Executive Director, both from Associação Clube de Lisboa.