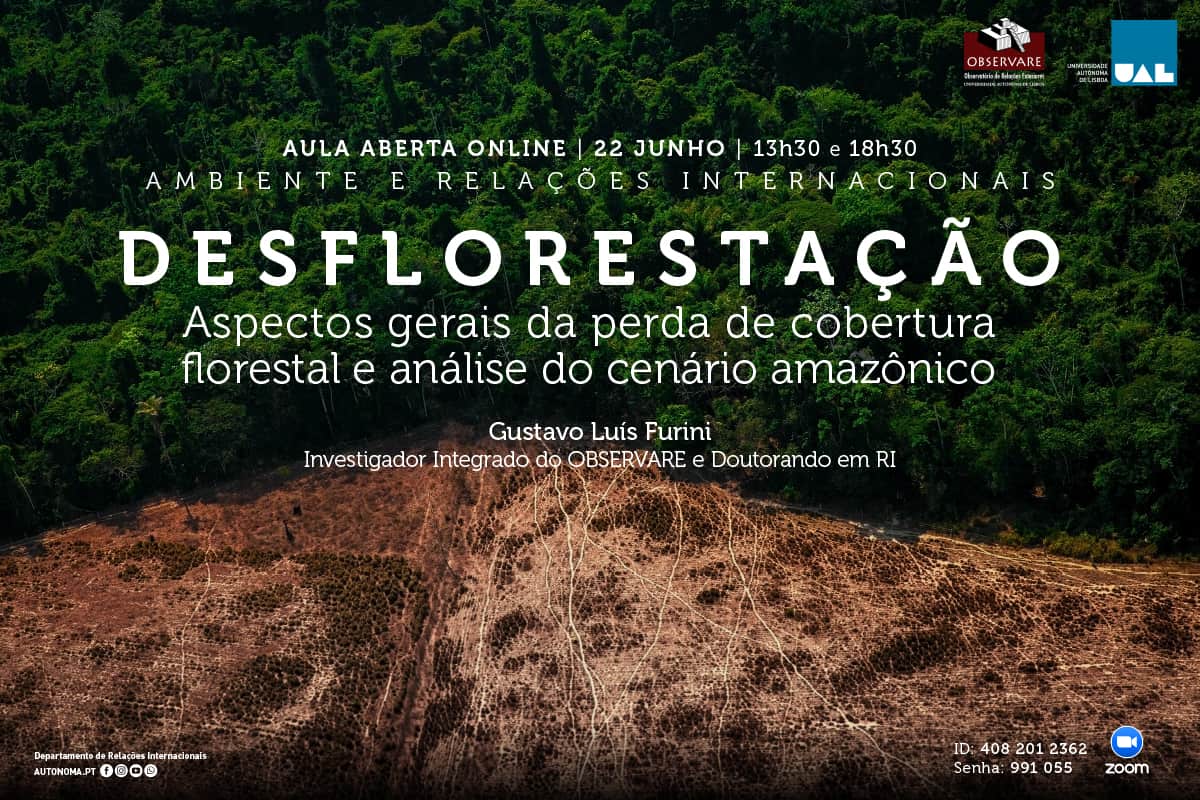 Deforestation (or deforestation) consists of the process of loss of forest cover and human activities and practices are currently the main vectors for this, especially through fires (burns) and the felling of extensive areas with forest. Deforestation causes negative impacts on the environment, both locally and globally, with emphasis on the loss of biodiversity and the increase in the concentration of greenhouse gases in the atmosphere. In this sense, the constant devastation of tropical forests has been a matter of great concern in the international scenario due to the worsening of the climate crisis, with special emphasis on what has been happening in the largest tropical forest in the world. In this session, we will address general topics related to deforestation and, more specifically, we will discuss the scenario of the Brazilian Amazon: main causes of forest cover loss and actors involved, as well as public policies at different levels of government for forest preservation. Given the concern of local governments to preserve and maintain forest stocks in different areas of the globe, we will also address how the concept of paradiplomacy can be used as an important ally in the fight against climate change.