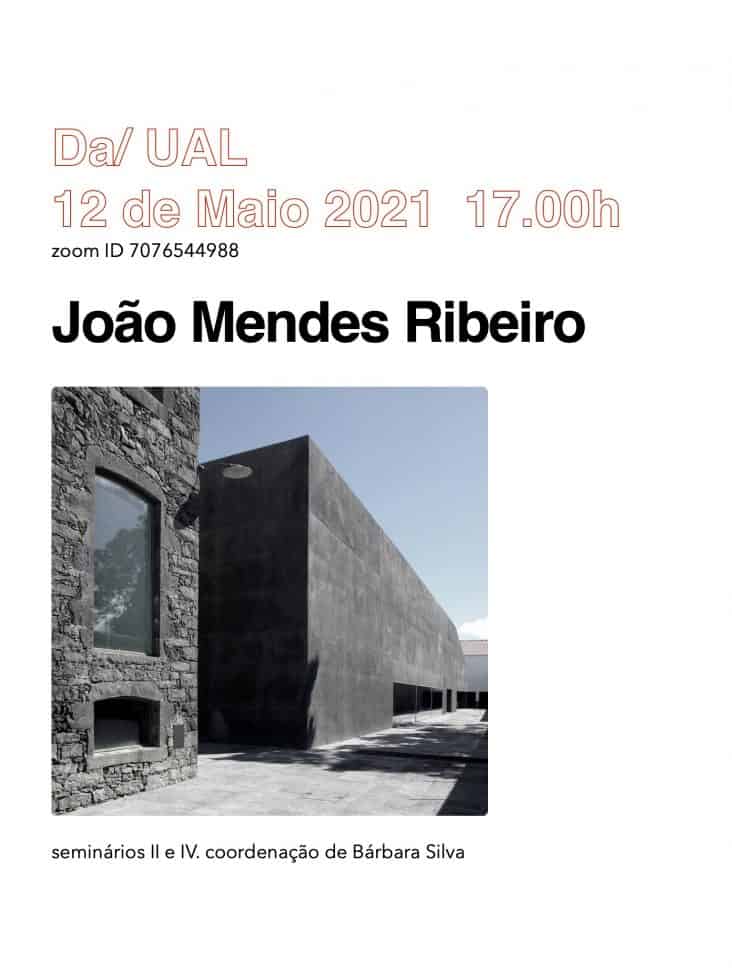 Series of seven conferences within the scope of the Seminar discipline (2020/2021) of the Department of Architecture of the Universidade Autónoma de Lisboa. Organization and moderation: Bárbara Silva. João Mendes Ribeiro (Coimbra, 1960) is an architect from the Faculty of Architecture of the University of Porto, in 1986. PhD from the University of Coimbra, in 2009. Associate Professor at the Department of Architecture, Faculty of Science and Technology, University of Coimbra. He received several national and international awards, among them; FAD Award 2004 and 2016; Gold Medal for Best Stage Design, Prague Quadrennial, 2007; Enor Prize 2009; BIAU Award 2012 and 2016; RIBA Award for International Excellence 2016; BigMat Prize 2017 and XII Secil Architecture Prize 2020.